A spiritual and educational event was held, dedicated to the birthday of the great commander Amir Temur 2019 years, on April 9, a spiritual and educational event was held in the lecture hall of the department “Informatics and Biophysics”, dedicated to the birthday of the great commander Amir Temur. The event was attended by teachers of the department and 1-year students of the Medical Faculty.

The full name of Timur was Timur ibn Taragay Barlas. In Chagatay and Mongolian languages (both Altai) Temür or Temir means “iron”.

Timur left behind dozens of monumental architectural structures, some of them entered the treasury of world culture. The buildings of Timur, in whose creation he took an active part, reveal in him an artistic taste. Timur cared primarily for the prosperity of his native Maverannahr and for raising the splendor of his capital, Samarkand. Timur brought masters, architects, jewelers, builders, architects from all the conquered lands in order to equip the cities of his empire: the capital Samarkand, the father’s homeland – Kesh (Shakhrisyabz), Bukhara, the border town of Iasi (Turkestan). He managed to express all of his concern, which he invested in the capital of Samarkand, through the words about her: “Over Samarkand there will always be blue sky and golden stars.”

Only in recent years have they taken measures to raise the well-being of other areas of the state, mainly border areas (in 1398 a new irrigation canal was conducted in Afghanistan, in 1401 – in Transcaucasia, etc.)

Timur was born on April 8, 1336 in the village of Khoja-Ilgar near the city of Kesh (now Shakhrisabz) in Central Asia.

From the age of ten, mentors – atabeki, who served from Taragay, taught Timur martial arts and sports games. Timur was a man very brave and restrained. With sobriety judgments, he was able to make the right decision in difficult situations. These traits and attracted people to him. The first information about Timur appeared in sources since 1361, when he began his political activities.

Spiritual and educational event left a great impression on the audience. 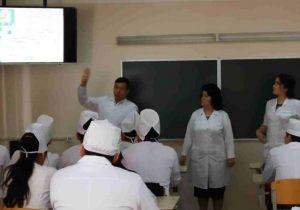 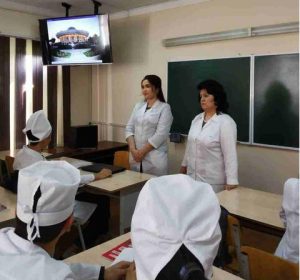 This site uses Akismet to reduce spam. Learn how your comment data is processed.

Саволингиз борми? / У вас есть вопросы? / Do you have any questions?